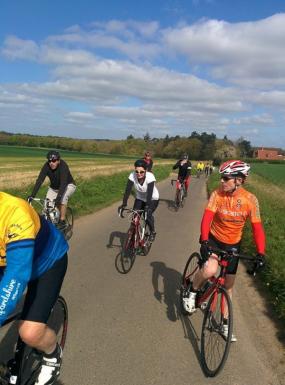 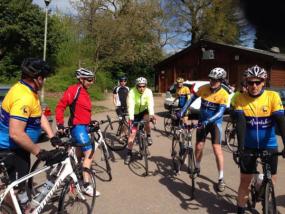 About 50 people took to the roads, lanes and tracks on our six rides.  There were about nineteen on the easy, thirteen on the medium and about eighteen spread over the other rides.  Would make fifty but one rider did take part in the morning and afternoon rides.  Glorious sunny day, rainless but breezy.  A couple of punctures but no major issues.  The easies went to Hatfield Heath, whilst the led meds took on a somewhat hilly route via Shenley.  The fast\med did RouteB, but no-one took on the fast from Hertford.  The offroaders were supposed to go to Hopley's but arrived too early so they went to Puckeridge instead.  This turned out to be an improvement on the afternoon leisure ride that went to Puckeridge too late to find somewhere open.