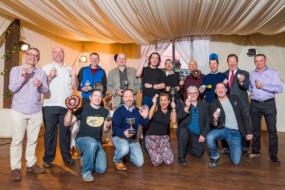 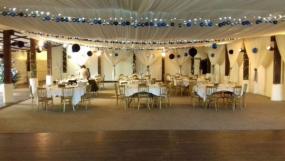 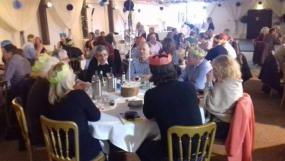 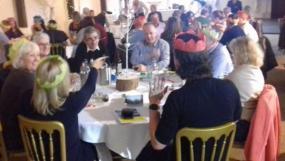 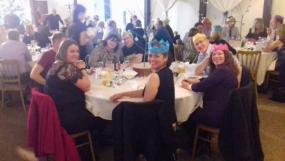 See photos of the event >>

Early 2016 Social Secretary Mark Tappenden had a phone call from the venue we had used for our Christmas dinner and awards for several years - The White Horse in Hertinfordbury - telling him they were going to be closed down and redeveloped. It left him with no choice but to find an alternative venue. After looking around and lots of phone calls he came across the Three Lakes at Westmill Farm which looked nice, was at a reasonable price and was in Ware - close to everyone and with more then enough room to fit plenty of guests.
So, after a meeting with them and a good look around, he chose the Three Lakes and was very pleased he did. They couldn't do enough to help letting the Club book without putting a deposit down straight away and by giving us more time at the end to get the number of guests we wanted.
This year the venue had asked Mark to do a table plan. This might not have been to everyone's liking but, eventually, and with only a few hiccups, everyone seemed happy with their table.  Mark and Nic had made name labels for the tables to make it as easy as possible for people to find their seats. They were there at 11am making sure everything was going to plan and, with help from daughter Rosie, putting the name labels on the tables .
After midday people started to arrive and the drinks started to flow, followed by lots of banter and laughs. At at 1:30 everyone was seated and the food started to be served with a starter followed by the main course then dessert, then coffee and tea.
The awards ceremony then began with John Pearson, Peter Bloomfield and Marcia Carnegie making the presentations. Highlights included Barry Page's domination of the Club TT season and Peter Walton's huge audax mileage - and there was an award for Mark for his charity ride miles.
It is safe to say that we will be using Three Lakes next year. So, keep the 10th December 2017 free in your dairies after what we hope will be another great year for us all and with even more guests coming along to the Christmas dinner.
Mark wishes to thank everyone who came and to congratulate all the cup and medal winners. Thanks also to the staff of Three Lakes for such a great venue and the helpful staff - and Happy Christmas and New Year to you all and many safe miles in 2017