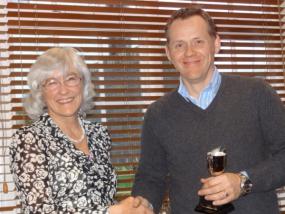 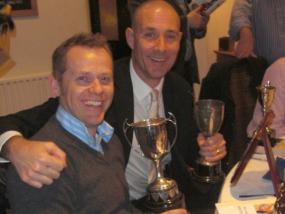 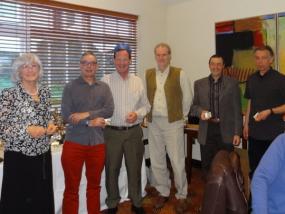 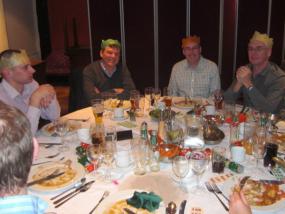 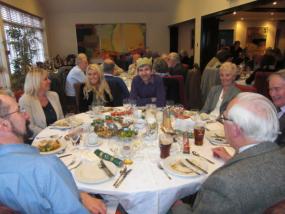 Close to 60 Wheelers enjoyed a Xmas lunch followed by the awards ceremony in Hertingfordbury. As has been the case for the last three years the White Horse catered well for us and everyone managed to build up on cycling fuel to help us through the winter.
Sonia Knight was "volunteered" to distribute the awards on the dubious grounds of her being the wife of a "senior member" (presumably this relates to his status rather than his age). She spent a good deal of time meeting Tony Marriott who had dominated the 10m mile TT league - winning on scratch, handicap and vet on standard. He also took the 81" Gear 10, the Garrett Cup 25, the fastest 10 and the novice road race awards. As usual, Peter Walton was a multiple winner with the fastest 50 and 100 miles, and the Centenary and Sunday Club Run trophies. Alex Powell and Nick Cramer had also enjoyed successful seasons with Alex taking the "out of season BAR" and hill climb and Nick winning the "Old Skool" TT and the Road Race trophy.