The Season So Far

The Season So Far 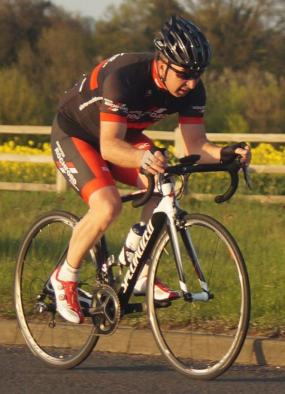 Paul Stewart reports on his racing so far this season

As the first half of the year is now behind us I thought it was now a good time to update you on the race season so far.

The first of the races at North Weald this year was held in what only can be described as a force 12 gale with speeds on the home straight of no more than 12mph into the head wind (normal speed is 20mph). The race, which should have been one hour, was called after 40 minutes. The next few races at North Weald had better weather and results where I had some 2nd place finishes in my category.

I then moved on to the Tour of Hertfordshire races with the first one at the BRE at Bricket Wood. This was a cat 4 race which put me up against some younger riders. On what was a very technical course I managed to stay in the group until a crash caused me and 4 other riders to lose touch with the lead bunch. I managed to finish 11th but this did mean that I missed out on getting my first point under British Cycling.
After these results I decided to try a 4th cat race at Hog Hill. This race was using the full course at the Redbridge Cycle centre. This proved to be my hardest race yet as you have a hill climb each lap. I stayed with the group for about 4 laps before the hill got the better of me. For the next 16 laps I was on my own but I was not going to give up. With riders pulling out of the race lap by lap I finished 32nd but not last. My most recent race was Fete Du Velo at Redbourn. This is the 3rd time that this event has been held and is now also part of the Tour of Hertfordshire series. I found out at this race that having a week's holiday before racing does not work for me as it took 20 minutes for me to get into the race which meant I was dropped quickly. At the time of writing no results from Fete Du Velo  have come out.

My next big event is in Welwyn Garden City on the 26th of July and is the last of the Tour of Hertfordshire series. It would be really nice to see some Wheelers at this event as it is the most local to us. There will be stalls and races for everyone from first timers to the fast cat 2 riders. The event starts at 12.00 with the first race at 13.00. I look forward to seeing some of you there.

Submitted 6 years 10 months ago by wheelt.
< Previous: First Aid
Next: Volunteer to help at World ... >