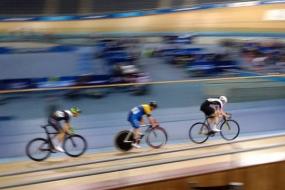 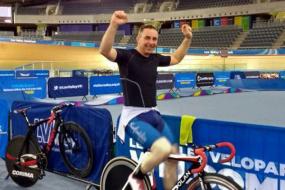 On the final night of competition at the Olympic Velodrome Paul Stewart recorded three second places and one fourth. This was enough to secure him second place in the final league table behind winner Wayne Tunner of St Neot's CC. Before the final night Paul's second place was challenged by Graham Galvin of East London Velo. However, Paul's strong performance meant that he finished with 228 points against Galvin's 176.
Paul's second places were in the 30 lap Scratch Race, the Elimination and the Rev Win Out. His fourth place came in the the 40 lap Points Race.