A night at the Dogs - 11 September

A night at the Dogs - 11 September 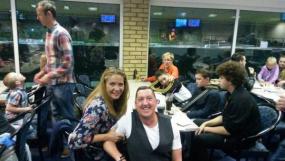 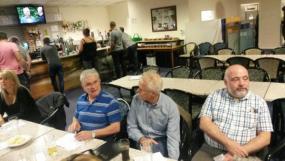 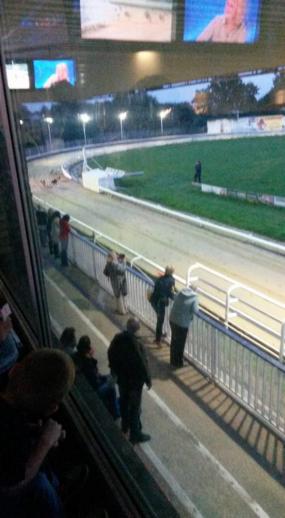 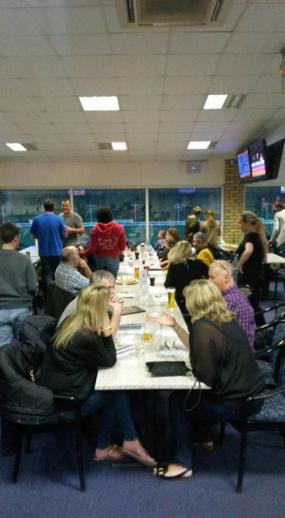 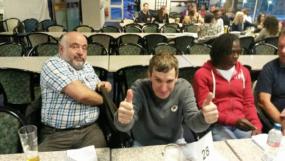 There was winners and losers at the Wheelers' night at the dogs. Danny H and Bruno did really well but Captain Bob not so well - but on the whole, everyone who came had a great night out.
The night started at 6pm so the Wheelers and their friends and families could get settled and seated before all the action started at 7:30pm when the dogs started to race. There was a table set out for 30 guests and that was easily filled with more on another table.
The guests had a choice of food from a menu and drinks from the bar - where the first drink was free! At one point it appeared they had lost Valdis to a hungry greyhound as he disappeared for about an hour but turned up just as the action started. Everyone was in good spirits and all had lots of laughs with mickey taking and banter - which a social night is all about! Most importantly they spoke about their passion, which is bikes and cycling!
Mark would like to thank Harlow Greyhound Stadium for donating the tickets to raise funds for his charity. He raised £150 for the charity "Sense" for the deaf and blind. He is riding for them again next year by doing the London to Lille, then the complete Paris Roubaix route and the Prudential Ride London route again!
You can support Mark's efforts at www.justgiving.com/mark-tappenden3 .
Mark adds " I want to thank the all members and their families for coming along to my event and supporting me and our Club. I really appreciate it! I look forward to our next social event in the near future. "