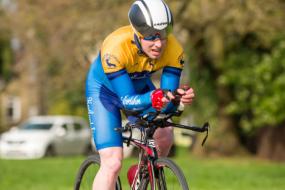 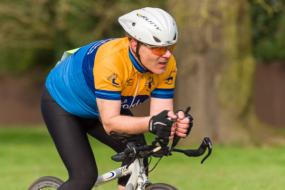 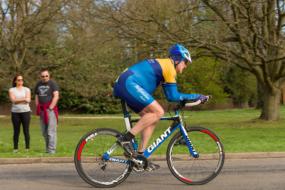 On Sunday Hertfordshire Wheelers held the first time trial in their 10-event league that runs from the beginning of April to early August. After this first event the races move to a regular Wednesday evening slot.
The winner on Sunday was Gareth Wignall in a time of 23 mins 28 secs, following up his win the previous week in the out-of-season 72” restricted gear event, second place went to Barry Page in 26:18 with Peter Walton third in 26:57.
Eleven members of the club took part on the F6A/10 course starting and finishing at Cole Green. Gareth, who is also responsible for organising the league said " it is good to see plenty of club members taking part, particular people new to racing. We would like to encourage riders from other clubs to enter as well during the season, the series has been well-supported in the past and offers a great opportunity for cyclists and triathletes to test themselves against the clock and each other. Our next race is at 6:15pm on the 12 th April at Cole Green ".
All photos ©  GnBri Event Photography
Full results of Sunday’s race were as follows: