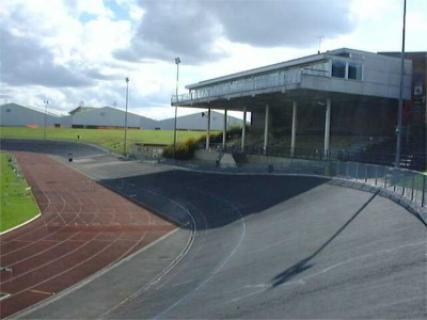 I remember as a kid watching the track racing on Grandstand and I was totally awestruck. What fascinated me was that, unlike running where the races simply increase in distance, track cycling had various types of event, sometimes a group start, sometimes two riders starting together, sometimes two riders at opposite sides of the track. There was a crazy one where half the riders didn’t seem to be bothered, while the rest raced around and every now and then two riders held hands with one throwing the other into the racing group, I was totally clueless as to who was winning. I have now learned it is called the Madison and understand some of it’s intricacies - I am still clueless as to who is winning though!

This is what, after many years, inspired me to try track racing. I remember going over to the Welwyn track for my first training session on a bike that was totally alien to me, no brakes and no free-wheel. They drilled into me to never stop pedaling. I managed to get to grips with riding the bike, but my biggest fear was riding in a large group, which I finally got used to with practice and after several heart-stopping moments.

I ride in the Welwyn track league on Friday nights from the end of April to September. There are always four races which always start with a Scratch Race, a simple 10-lap race, first over the line is the winner. This is my favourite as I am a bit simple I guess. A variety of events will make up the rest of the programme. In the Pursuit, two groups start either side of the track and chase each other. Team-work is vital and the winner is the first across the line or the group in the lead at the end of the time period. In the Hare and Hounds four riders start half a lap up on the main bunch who have 10 laps to catch them, The Devil, is a race in which the last rider over the line each lap is pulled out of the race until there are only 4 riders left. They then race over the last lap for the win. Finally there is the 10-lap Points Race in which 3, 2 or 1 points are awarded each lap for the first 3 riders, the winner being the person with the most points at the end. The evening is then finished off with a 10 mile race which normally takes around 21 minutes - which is fast pedalling (cadence 110 rpm) as most people use 90” gear or 50x15. If you fancy giving track riding a go there are training sessions run by Welwyn Wheelers on a Monday evening from early April at Gosling Park.